Sonepur A visual extravaganza awaits all at the Sonepur Fair,where multitudes congregate on Kartik Purnima to offer obeisance to Harihar Nath and participate in the biggest cattle fair in Asia. Festivities stretch over a fortnight, giving visitors a feel of the pulse of Bihar.

According to the Indian almanac, the full moon day or Purnima of the month of Kartik, which usually falls in November, is one of the most auspicious days. A number of big fairs are held at important places of pilgrimage and the Harihar Kshetra Mela, as the Sonepur Fair is also known, is one of the biggest.Visiting the temple of Harihar Nath is naturally the main objective of the visitors to the fair after they have taken their ritual bath in the swirling waters of the Gandak. As in many other famous places of worship, a number of smaller temples of other deities surround the temple of Harihar Nath Mahadeo. Once the pujas are over, the visitors abandon themselves to the various attractions offered in and around the sprawling mela ground. The village folk, as well as the others, is attracted to the array of shops selling all sorts of garments, weapons and furniture, toys, utensils, agricultural implements, jewelry and various handicrafts. The fair becomes a virtual explosion of colors, music, dances, magic shows, cattle, merchants and handicrafts. The area that attracts all, however, is the one where elephants are lined up for sale.

The Sonepur Fair is the only one where such a large number of elephants are sold. These are mainly purchased by different forest departments and people involved with logging operations. Apart from elephants, a large number of cattle and a wide variety of animals are also bought and sold in the fair. The fair continues for about fourteen days but the few days before and after the auspicious day of Kartik Purnima draw the maximum crowds. The sleepy mango grove, where the fair is organized, turns into a wonderland, sure to overwhelm the sophisticated urban visitor as well as the simple rural folk.Â like so many places of pilgrimage in India; Sonepur also has its legend. It involves two kings, who were both turned into animals-a crocodile and an elephant-by the curse of sages who were offended by them. In those days, this area was supposed to have been girdled by hills with three towering peaks and a lake in the center.

Once, while bathing in the lake with a party of women, a Gandharva chief named Huhu made fun of Dewala Muni by playfully pulling his leg. The ire of the sage took the form of a curse that turned Huhu into a crocodile. The other accursed person was Indradyumna, a king of the Pandyas, who was of a very pious nature but had offended the powerful sage, Agastya. The king had failed to notice the sage as he was in meditation when the sage visited him. The curse of the enraged Agastya turned Indradyumna into an elephant that took refuge in the woods surrounding the lake.

One day while the elephant came with a herd to the lake to bathe, the gandharva-turned-crocodile caught his leg in its powerful jaws. Not to be taken lightly, the king of elephants tried to pull the crocodile up on the bank in an effort to crush him under his feet.

A mighty battle ensued, which was joined by other crocodiles and elephants. The contest went on for thousands of years without any one being able to overpower the other. But ultimately, the King Elephant weakened and prayed to the supreme god Vishnu (Hari) to save him. His prayer was answered and Vishnu cut down the crocodile with his chakra (disc). The touch of the chakra, however, released Huhu from the curse and he went to heaven. Vishnu also released Indradyumna from his curse by touching his forehead and took the king to His abode, Vaikuntha. Sonepur is well connected by road to the nearby towns and cities. Moreover, Sonepur is 25 kilometers from Patna, which is well connected by air, rail and road to the other parts of the country. 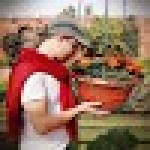 You may have missed

Sonpur Mela – The great cattle fair of the world